I am guilty of spamming people in the degree one of my network with too many links in topics that fancy the Legion of varied interests that haunt me. Following the suggestion of Ananda Seelan, I am consolidating my link blasts into a considated blog post format, thus begins the “Semantic Legion”. This exercise might help organize the “Legion” in my head and maybe lead to more focused blog posts.

“My name is Legion, for we are many.”

The lottery ticket hypothesis suggests that big Deep Neural Nets train better than smaller nets because they get lucky. Essentially like someone who has purchased more number of lottery tickets.

Though the subnetwork is smaller, computations will need sparse matrix multiplication optimizations to be faster.

Understanding the generalization of ‘lottery tickets’ in neural networks

Facebook extends the study and checks it for various architectures, tasks and optimizer setting. The lottery ticket phenomena seems to occur in most places. The lottery ticket subnetworks generalize across datasets. This blog post is a summary of multiple papers by Facebook AI group in analyzing this phenomena. 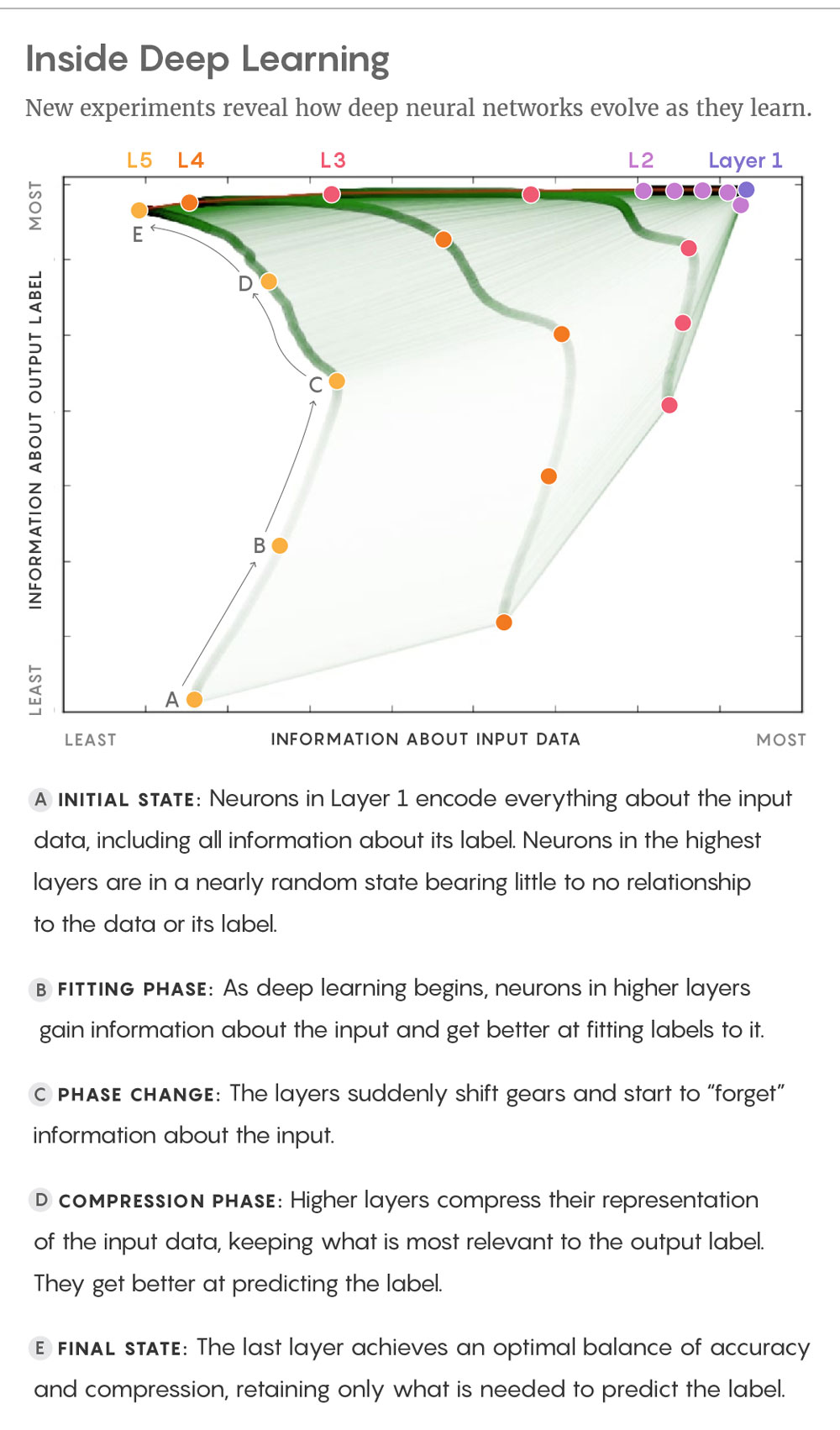 Evolution of Representations in the Transformer

This is a great practical example of using information bottlenecks to analyze neural nets behaviour. This research (accompanied by inspirationally well written blog post) compares the evolution of representations in three different NLP encoder models. And in part explains some empirical findings such as why de-noising objective works better than casual language model objective or encoders from translation objective for transfer learning.

This paper finds magic spells that make your NLP models malfunction. They find phrases that cause a specific model prediction when concatenated to 𝘢𝘯𝘺 input from a dataset. These phrases are reported to work across architectures for the same dataset.

This is a great set of features for interpretability added to AllenNLP library.

The amazing thing here is with implementing a simple interface in your model predictor allows you to apply a suite of interpretability techniques for our models.

This is a real fun application of langauge model generation. Nick Walton has adapted GPT2 to generate user guided “Choose your own” text RPG type games. Now you can try out anything you fancy by just issuing commands like “Cast a spell to Reverse entropy”. A truly open world RPG with a AI dungeon master. The model weaves your actions to generalte plausible/surreal story continuations. Hacker News discussion about it. The nature of the model make them generate surreal dream like scenarios. There are glaring consistency issues in the generated story lines. This points to a symbolic gap that is yet to be filled. 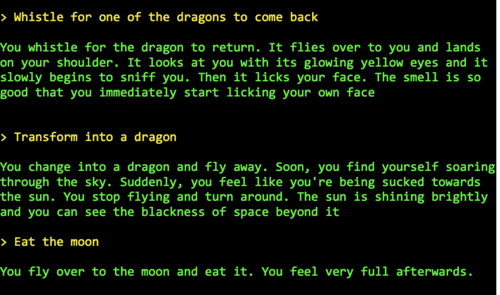 On the topic of controlling language models, uber research has found a way to control the generation of models like GPT2 without fine-tuning.

Quantum Computing for the Very Curious

I wanted to try out Micheal Nielsen’s (of neuralnetworksanddeeplearning.com fame) Quantum computing article. This long-form educational article attempts a unique teaching method by embedding flash cards (anki cards) and reminding readers via email to revisit the cards. I got around doing it at behest of the amzing Professor Balaji (a teacher of mine) who gave this as an exercise to test Linear Algebra understanding. Prior knowledge of the truly abstract nature of linear algebra (basis, linear transformations, linear combinations) really helped me to grok the essay.

The learning approach taken by this article (embedding flash cards + reminders) article shows how computing medium can be extended to augment our understanding. This scratches the surface of Alan Kay’s vision of computers being tools that extend our mind.

If you’re curious about spaced repition flash card approach to learn new math theorems, machine learning concepts etc Micheal has written extensively about it in the above link.

The free app Anki is example of good software aimed at expanding our capabilites rather than popular objective of draining attention. It has web, desktop and mobile versions for creating Anki (flash) cards with spaced repitition tracking. I am in the process of adopting it for my learning. Not yet successful in integrating it fully, will blog more about my experience in future.

“A powerful document manager for web pages, textbooks, PDFs, and anything you want to read. Supports tagging, annotation, highlighting and keeps track of your reading progress.”

It doesn’t have a firefox extension yet. But it allows creating anki cards that can be synced to Anki app from web highlights. This helps in creating a learning expereince like the quantum computing blog for any document.

Platonism vs Aristotelianism is an age old debate in philosophy. Professor Balaji (a teacher of mine) had a strong notion that the current mathematics we have is strongly influenced by our spatio-visual sense. Stumbled upon the above post which makes similar claims. It claims that certain cognitive priors are necessary to converge upon ideas which some consider as universal.

I don’t know enough to lean on any side of the debate heavily. But my intution lies with universality/platonism of physics, mathematics and computatability. I think even if Alien’s use some other metaphors to arrive at Lambda Calculus, the underlying notion of universal computability (if correct) will be the same.

I am now exploring search systems over neural net generated representation (vector spaces). This generally involves approximate methods such as Locality senstive Hashing. The method described in this post was interestingly derived from the sense of smell of fruit-flies. This lends some weight top the notion that our cognitive reliance on certain senses (vision) makes some ideas intutive, but exploring outside it can expand our horizons. (Purely my speculation to be taken with a grain of salt.)

To eliminate errors make them impossible in runtime is a mantra I stand behind. Programming Patterns that are finally entering mainstream (after stewing in the academic functional world) such as Optional are moving errors to compile time. Among the patterns, type state caught my eye. Using rust’s borrow checker and other langauge features allows one to build compile time state machines. They can be as simple as allowing the compiler to disallow methods such as read on file references that are closed. Or it can be taken one step beyond to write a full blown state machines that track the current state in compile time. ie Say you have an API that needs a handshake to be performed before sending, you can ensure in compile time that the “send” method can be called only after “handshake” is called. How awesome is that.

This article explains what the usally hyped functional programming concept of monad solves for a imperative programmer. I have not dived deeply into any functional language yet. Seeing how even weakly adopted fucntional programming concepts such as Optionals (algebraic data types) and Optional Chaining (which is a monad) makes me question what is the cost with which the programming world is ignoring Functional paradigmn. Are the functional languages difficult to learn, or is it exposure bias towards imperative languages? Or do we need the functional abstractions to be put in better terms for people to grok them? Only time will tell.